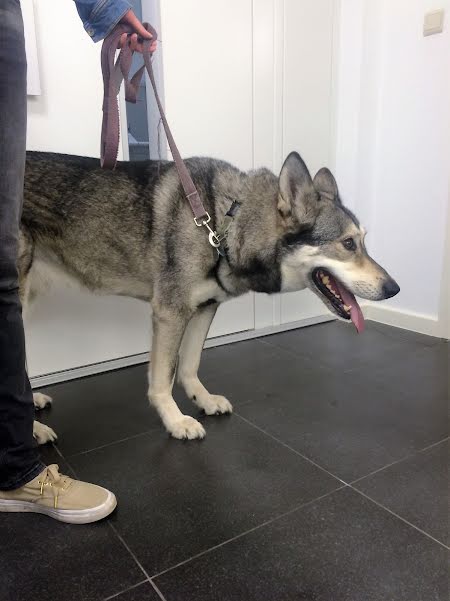 Wrist problems are common in dogs. But how do those problems arise? And how can a wrist dog brace help your dog?

The wrist joint is composed of several complex joints. All these joints have a number of ligaments that limit the movements in the wrist to the 'normal' movement. These bands have their function during walking, absorbing the shocks by allowing the wrist to overextend. Overstretching the wrist joint during landing is a movement for optimal shock absorption, which puts less stress on the front legs.

Hyperextension of the wrist

The hyperextension of the wrist is therefore normal during movement. This is necessary for shock absorption.

The overstretching can also become too great due to repeated overloading . These overloads are often caused by jumping over an obstacle. But also jumping off somewhere, jumping out of a car, is a heavy burden on the dog's wrist joints.

The weight of the dog also plays an important role. The dog carries 60% of its weight on the front legs. So if the dog is slightly overweight, this will mainly be reflected in the front legs. Remember that every dog is an athlete, if you look at its movement while walking, playing... The more weight the wrists have to carry, the more chance of (serious) injuries. 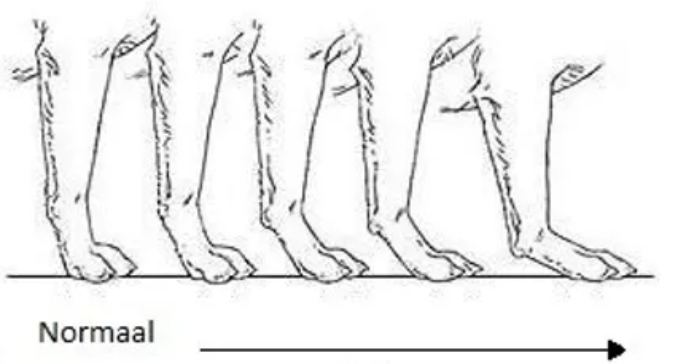 And this is where a wrist brace can help. By keeping the wrist straighter again during load, this line will go back through the wrist joint and the wrist will therefore no longer be negatively affected.

If the sagging of the wrist is not too bad yet, you can opt for a SOFT wrist dog brace. If the sagging is larger, you should opt for a custom wrist dog brace anyway.

Lateral instability of the wrist

Sometimes it happens that the wrist is not only unstable backwards, but that lateral instability also occurs. Here the brace can also help to keep the leg straight. Or ensure that the O or X position of the leg does not increase.

This dog brace will not only provide forward-backward support, but will also provide lateral stability. This makes the dog walk more stable and have less pain while walking.

This dog brace is always made to measure for your dog. The measurement is done with a plaster measurement. After measuring we can give an exact price.

My Dog Has Degenerative Myelopathy (DM), Now What? Sya is a dog with Ataxia Wrist hyperextension in Dogs Which dog brace is most suitable for your dog? My dog lost a (front) leg, what now? Why you should not use a cloth to support your dog at the back Active knee brace for your dog's knee Why a SOFT brace for your dog? 5 TIPS for the rehabilitation of your dog after surgery or trauma My Dog Has Degenerative Myelopathy (DM), Now What? What if your dog sprains a leg? Toetsie has been hit by a car A rehabilitation brace or static brace A dog wheel cart is not a ‘wheelchair' Aids for dogs with back problems The ideal dog shoe What about hip problems in your dog?